How to Pair Pasta Shapes with Dishes and Sauces

asta is one of the most versatile dishes in the world.

It can be served with a wide variety of sauces, vegetables, and meats. But there are many types of pasta out there that have unique shapes and qualities that make them ideal for certain types of sauces.

In this article, we'll discuss how to pair 12 pasta shapes with specific dishes and sauces to make sure you're making the most out of every bite.

Farfalle means "bow tie" in Italian and it's a great pasta shape for sauces. In fact, farfalle is usually paired with meat sauce and pesto. They're also good with cream sauce or tomato sauce.

Fettuccine is a broad, flat pasta that's often served with meat or fish dishes. Fettuccine is also a popular choice for a cream sauce like Alfredo. The wide surface area of the noodles allows them to soak up lots of sauce, making it perfect for pairing with creamy sauces that have heavy ingredients like butter, cheese, and cream.

Fusilli is a type of pasta that is shaped like a spiral. It is easy to eat with a spoon, so it’s great for kids or anyone who doesn’t feel like twirling around their fork. The name fusilli comes from the Italian word “fuso,” which means spindle (a tool used for spinning thread).

The fun shape also makes it ideal for pairing with sauces that have strong flavors and textures since much of the flavor comes from the sauce itself rather than being absorbed by the noodles themselves. Pesto-based sauces are often paired with fusilli because they create a nice contrast between soft yet chewy noodles against the freshness of pesto sauce with its sharp flavors

Gemelli is a long, thick, twisted pasta that looks like two strands of spaghetti twisted together. It can be used with chunky sauces, such as meat sauces or vegetable sauces.

Orzo is a small rice-shaped pasta, which can be cooked and served in a number of ways. It's often found in soups or salads, but it also works well with heartier sauces like pesto.

Orzos are so versatile that they're great at absorbing any flavor you throw at them—think creamy roasted veggie risotto swaps out potatoes for sweet potato cubes instead! This means they'll work well with almost any sauce dish: tomato sauce + basil pesto = Italian heaven!

Orecchiette are small, round pasta shells with a hole in the middle. Their name means "little ears" in Italian, and they're usually served with a sauce—but they can also be served with a salad.

The best way to eat orecchiette is by grabbing them by their hole and dunking them into your favorite dish. Take it from me: you won't want to get any sauce on your hands!

Penne is a tubular pasta that can be found in two general shapes: penne rigate and penne lisce. Penne means "quills" in Italian, and although there's no definitive reason for the name, it may have something to do with their appearance (pointed at each end) or their ability to hold sauce well.

While penne is usually served with tomato sauces, it pairs well with almost any type of sauce. It's great as an addition to pastas casseroles, soups and salads—in fact, that's one of its best uses! Use this shape when you want a chunkier bite without sacrificing flavor or texture.

Angel Hair Pasta and Spaghetti are both thin, so they go great with light sauces. You can use a simple olive oil-based sauce, or make a lighter sauce that doesn't have heavy cream.

The first of these pasta shapes is called "rotelle" in Italy, but it's also known as "tortellini." These little stuffed circles are made with a thin sheet of pasta dough that's rolled into the shape of a wheel before being pressed down on one side to form a ridge—hence the name. The filling can be anything from spinach and ricotta to meat or shellfish, depending on what you like best.

Tortelloni are essentially larger versions of tortellini: they're essentially half-moons instead of wheels. They're usually stuffed with meat or cheese but can be filled with whatever strikes your fancy—and if there's one thing we know about Italians: Italians love their food!

Ravioli is another popular pasta shape that originated in Italy many years ago (though its exact origins remain uncertain). Its name derives from raviolo ("little turnip"), which refers to its appearance; think small balls filled with any number of delicious fillings ranging from meatballs to seafood sauces. To make these homemade ravioli at home all you need is some basic ingredients like flour, egg yolks and water—you can even choose whatever filling suits your fancy! Don't forget: they're delicious when paired with any sauce recipe!

We hope you enjoyed this list of pasta shapes and how they are best paired with sauces.

Now you can more easily decide how to add that perfect zing to your next pasta dish. And don't forget, if you want the upper hand when it comes to impressing your date with random tidbits of Italian history, drop a few well-placed references to these culinary superstars. Remember: when in Rome, pasta Zanella with each meal!

Thank you! Your submission has been received!
Oops! Something went wrong while submitting the form.
END_OF_DOCUMENT_TOKEN_TO_BE_REPLACED
Lifestyle 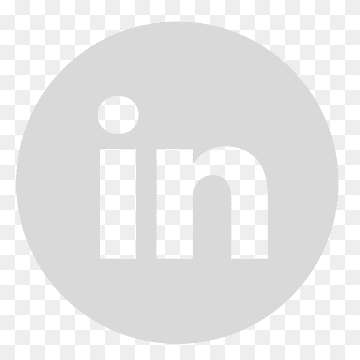